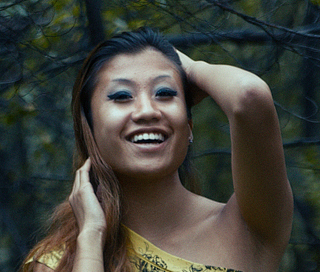 This week we feature Vietnamese Denver born model Ashley. Ashley is new to modeling but shows great potential. With her eye on the Import Modeling scene, let’s take a few moments to get to  know this new model!

Ashley: Asian, to be specific Vietnamese

Ashley: I am a warm-hearted, lovable Taurus.

Ashley: My looks, my legs or my body

Ashley: Looked for gigs on Craigslist.

Ashley: Being able to capture my best and sexy looks

Ashley: Nothing so far.

Ashley: lingerie, anything sexy and fun

Ashley: I enjoy and love every bit of it.

GMM:Where do you want your career to be in two years?

Ashley: To be varies types of modeling and a k-9 Officer

Ashley: Pick an outfit, create a hairstyle and then throw on some makeup.

Ashley: Being nervous and shy is expected in the beginning, but always have fun and relax. Be determined, positive and feel sexy about yourself.

Ashley: My biggest obstacle was trying to find legit photographers and gigs to help me get my foot into the door to modeling. I would take a memory of it was my time in life where the lights were on me and I had to show what I had. I would like to be remembered as the upbeat, sexy Asian model lol.

Ashley: It gave me the boost I needed to be confident and live every day as if it were a shoot

Ashley: As the girl who thought she could never do something so powerful and in the end feeling so wonderful!

Ashley: Have a respect towards women and is a gentleman.

Ashley: Romantic, a gentleman and passionate.

Ashley: His determination in trying to get to know me and not just get into my pants.

Ashley: I can’t think of anything honestly.

Ashley: When guys are just being too confident where they’ll end up being cocky and conceited when trying to get my attention.

Ashley: I’m selfish, impatient and a little insecure. I make mistakes, I am out of control and at times hard to handle. But if you can’t handle me at my worst, then you sure as hell don’t deserve me at my best.

Ashley: I’m not a sports girl.