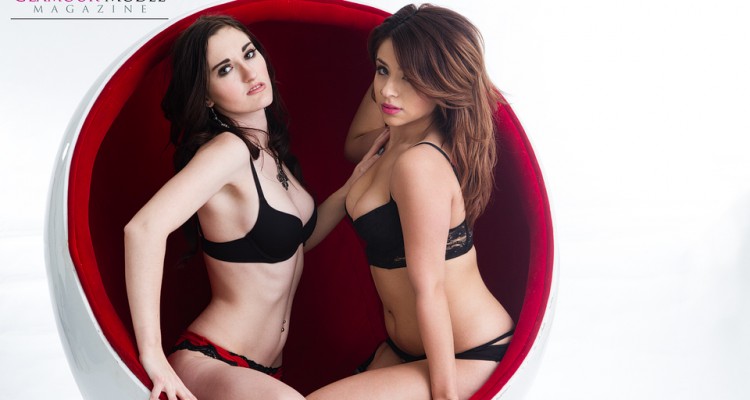 Becca and Desire from an awesome twosome shoot in January, 2014

Letter from the Editor

I realize I’ve never done this and will make a better attempt at doing so in the future. Here’s your first Letter from the Editor! I wanted to take a moment and go over GMM’s past, present and future, as well as let you know of new and exciting plans we have!

Let’s get right into it:

Glamour Model Magazine was started to put the focus on Glamour Models of the world. In my experience, Glamour Models have often gotten a bad wrap since Glamour is closely associated with nude and less clothing work. I won’t deny this theory, but if done right, it can be just as exciting as Fashion, Commercial and all of the other sister styles. Glamour Model Magazine started as a small ideal where we wanted to showcase Glamour models from across the country. We started with two photographers: West Coast Allure (of Los Angeles) and Jay Kilgore (of Colorado) back in July of 2013. Here at GMM, we have very strict and standard updating regimen and sadly, WCA was unable to keep up. WCA left us to pursue his own endeavors. We were sad to see him go, but excited to see what he would do in the land of L.A.. Jay stuck with us and has been with us from day one. Jay is now Editor of GMM as well as photographer.

Jay was a little lost with out his friend, WCA, but the battle forges on. I went on the look out to find another and more staffers to bring you new faces from across the country. Jay reached out to someone who’s work he was familiar with from his time in Chicago, Jim Jurica. Jay and Jim had attended workshops with Art Ketchum and while they never spoke there, they did when Jay ran across his work. We were excited to bring Jim on board and brought him on as Editor and Photographer. Jim had great ideals and things to add to GMM, but as WCA, Jim fell into the same position; difficult to keep up with updates. Jim and GMM sadly went separate ways over a misunderstanding. We are thankful for the energy that Jim brought to us, but it just wasn’t the right time. Jim is always welcomed back in the GMM family! Jay kept on, plugging away doing what he does best; networking and bringing us beautiful women!

Eventually, we brought on several amazing photographers from across the country and we are where we are today! We have the talent of: Suicide & Redemption, Kevin Schirmer, Studio Zinc, Sal W. Hanna, David Hickey, Roger Talley and many contributors. We are also pleased to bring you articles from Playboy published model, Maria Eriksson. Maria brings you a No B/S assessment of modeling and we’re excited to have her on staff! We have several other staff photographers to introduce this month, as well as new features!

Initially, GMM was started as an E-Zine (Electronic Magazine) since paper magazines are soon to be, a thing of the past. With phones the size of a regular sheet of legal paper, we were of the opinion that to go paper would be a waste. Apparently, lots of people want paper editions so we’ve started working on a one run August/September edition! Pending sales of that, we may do more! We are excited for that.

Later this year, the staff photographers of GMM will be putting on a photography workshop where we will have models that have been featured in GMM there for  your shooting pleasure. This workshop will be in Cali or AZ and will be amazing!

We have a cover girl contest starting soon! We will take votes from the public on who should be the cover girl. Each week there will be participants . The winners will advance to the next round and so on until there is only  one! The contest is open to EVERYONE and the winner will get an all day shoot and be on the cover of the paper magazine!

I want to thank each and every one of you for hanging around with us! We are excited for the future and what it has to bring, and hope you stick around for much longer!