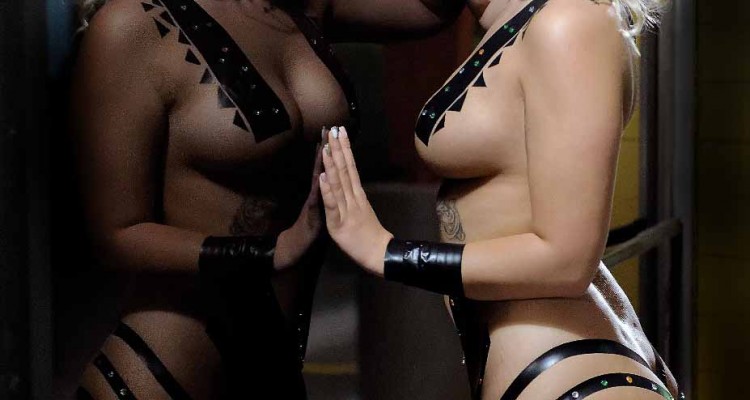 Shandi is a model who lives in Pueblo, Colorado, but who was in Las Vegas to work as a ring girl for a MMA event.  I met her at a “Tape Couture” party in Las Vegas where she was one of the models being taped up by the artist, William Middleton.  There was a break in the proceedings, she stepped outside for a bit, and I followed.

Would she be interested in doing a little modeling in that tape?  She would.  And so we did a shoot right there in the parking lot outside the club, around midnight, with nothing but the lights of the shopping mall to shoot by.