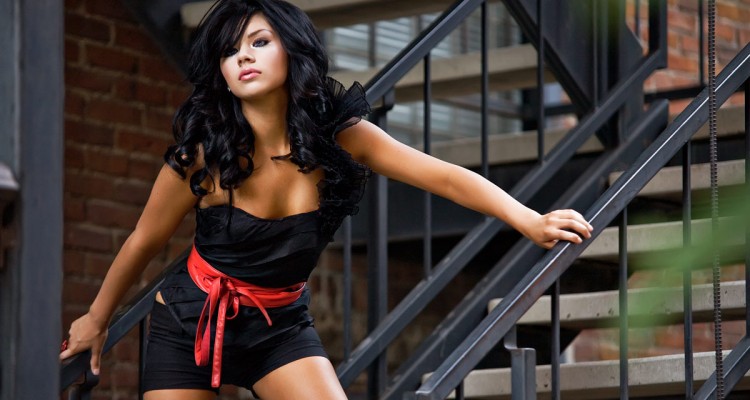 Vegas’ Barbie Brandy in the house!

Vegas’ Barbie Brandy in the house! We had a chance to sit down with Staffer Jay to find out what went down when he shot Vegas’ Barbie Brandy. Petite and beautiful, Brandy is killing it! Let’s get to know what happened during this shoot!

GMM:  Jay, tell us about Brandy?

Jay: Brandy was someone I had wanted to shoot for a while. I was actually nervous to approach her.

GMM: Is she a nationally published model? Agent? What made you nervous to approach her?

Jay: I was intimidated by her beauty! She is one hell of an accessorizer lol.

GMM: So this big nationally published and sponsored model photographer was nervous to contact a local model?

Jay: When people contact me to book shoots, I’m all about confidence because they sought me out. When it comes to the other way around and I’m asking, I’m nervous. Most people I know don’t like rejection.

GMM: O.K. you asked and she said yes, what happened?

Jay: I was TOTALLY expecting her to be totally Diva in nature and instead she was a total sweetheart! She was a hard worker and very concerned with how she looked. She came out to my End of the Year shootout way back in 2008. Her and her Twin sister. They both were super cool. After that I had several shoots with her.

GMM: What was your most memorable shoot ?

Jay: I think the shoot that was featured in this video. We spent a total of about 4 hours shooting and that’s a historical landmark for me lol. I never shoot that long but time just flew by!

GMM:  You guys have a good relationship?

Jay: We had a great relationship! She moved to Vegas and life got crazy for her. When she comes back to visit she doesn’t reach out to me. I like to think its because she has so many people to see on such a short amount of time. We will see each other again.

GMM: If you guys shot a lot, how come there aren’t many photos?

Jay: Ouch! that hurt! For some reason, I don’t have many of her photos left. We shot hundreds. I know one drive died before I could back it up, the rest, I just don’t know what happened.

GMM: Is it a promise that if she contacts you to shoot we will get more photos?