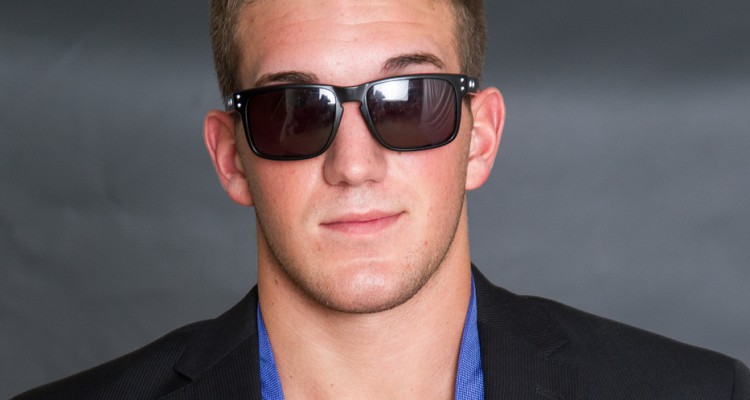 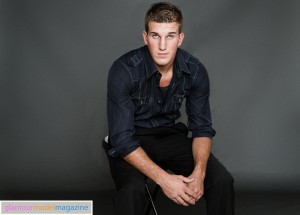 It’s time for some female eye candy! That’s right ladies, this interview is specifically for you! Now we know what you think, you’re thinking you’ve seen him before? He was the male model in Kelsey’s feature. Denver male model Ryan is a SWAT training single guy that sat down and spent a few minutes letting us get to know him. As you may have guessed, modeling is a totally different monster for guys and Ryan opens up and has an honest, frank and candid discussion about it. Now pick your jaws up off the ground and let’s get to know him. Images shot by jaykilgore.com

GMM: You’re a Libra, how would you describe your personality in that regard?

Ryan: I think it fits perfectly because I stand my ground, and strive for the people I care about.

Ryan: Others compliment me on my eyes.

Ryan: Actually it’s been running in my family since my Mom.

Ryan: No I’m not signed with anyone, but Jay Kilgore is my favorite photographer out of any I have worked with.

Ryan: I enjoy being able to express yourself, and building confidence.

Ryan: Funniest thing is tripping into a pond.

GMM: Do you enjoy the constant attention and adoration that comes with being a male model?

Ryan: Yeah I really do enjoy it, feels good to be noticed. It has allowed me to come out of my shell, and build confidence.

Ryan: My goal is to be with a big named agency, and hopefully Abercrombie.

Ryan: I am really good at football.

Ryan: On shoot day most get stressed out, but you have to get over being nervous.

Ryan: Best advice is when it seems tough, push through its all worth it in the end.

GMM: As a male model, what would you say has been your biggest obstacle?

Ryan: Toughest obstacle is allowing yourself to be judged and wanting to quit.

Ryan: I would remember Who I was when I started, and what each shoot turned me into.

Ryan: Would be for turning any akward situation into a fun one.

GMM: What type of woman are you attracted to?

Ryan: I’m attracted to girls who can make me laugh, who have a good smile, and are beautiful. Girls with tattoos are a plus!

Ryan: Their personalities, because looks fade.

GMM: What personal qualities do you think the woman of your future should have?

GMM: What body part of a woman do you think is sexiest?

GMM: When it comes to your taste in women, pick one: “the bad girl” or “the nice girl”?

Ryan: Both – little bit of devil in her angel eyes.

GMM: How does a woman keep you interested once she’s caught your attention?

Ryan: A girl who knows she has me but keeps trying like we just met.

GMM: How do you show her that she has your attention?

Ryan: I give her my time, and prove to her not all guys are the same.

GMM: When it comes to women, what are some of your turn offs?

Ryan: Girls that try start drama, and only think they can have a good time when they drink.

GMM: What’s the most memorable thing a girl has done to get your attention?

Ryan: A girl put notes in each one of my classes telling me things about her, and the last note asking me on a date.

Ryan: Making up lies to impress me, felt like I didn’t even know her.

Ryan: “I can accept failure, but I can’t accept not trying ”