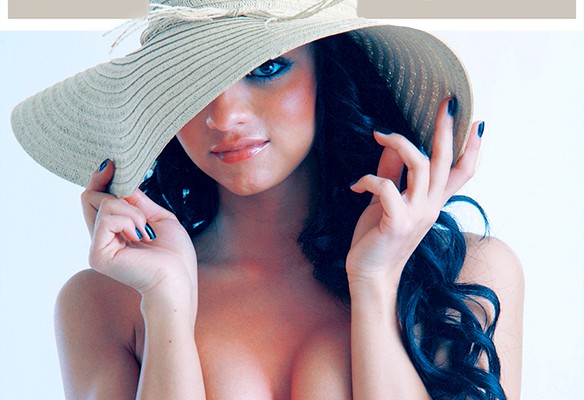 Meet Audrey! We scoured Jay‘s portfolio and FINALLY got info on this exotic beauty. Here is our chance to see and meet Audrey through the eyes of Jay. Before we get started, here are some vital stats on Audrey:

GMM: Jay! Where have you been hiding Audrey?

Jay: I’m not hiding her anywhere…that I’m aware of?

GMM: Alright, alright, tell us how you met her?

GMM: How did it go? Who contacted who? Give us the dirt!

Jay: Kind of a funny story; She was friends of a few friends. I wrote her and said “Você é muito bonito!” Which in English means “You are very beautiful” She had on her Facebook that she was Brazilian. Turns out she’s not Brazilian but American but has some Brazilian in her family line. She had no ideal what I had said.

GMM: How did that go over?

Jay: Well! I had to explain what I said to her, I had assumed she spoke Portuguese. I had asked her to shoot and she said she was interested, then blew me off a sentence later. Then said she would love to. I was confused.

GMM: Why did she blow you off?

Jay: Her Mom was looking over  her shoulder reading my pm to her and she didn’t want her Mom to know.

Jay: I’m not sure if she ever told her Mom or not! I figured she was 18+ so she didn’t have to ask permission.

GMM: So how did the first shoot happen?

Jay: At the time I was teaching workshops and had a big “End of the  Year” workshop and ended up with about 12 Photographers and 28 Models. She showed up for about an hour and I was right, she was beautiful in person.

GMM: Did she live up to your expectation when it came to modeling?

Jay: I didn’t have any really. She had never modeled before, so I expected her to not be aware of the camera. She surprised me by coming in and shooting swimwear right away.

GMM: What was something, other than her beauty, you noticed right away?

Jay: She was accessorized! She had matching accessories for every outfit.

GMM: Lets fast forward a bit, lets get to the implied shoot, how did that come up?

Jay: At the time I was working on building content for my portfolio site. She was a pretty enough girl so I asked if she’d be interested in it. She said she was and we set up another shoot. I wanted to shoot her regardless of what she shot, the implied was the icing on the cake for me.

GMM: Was this with a group of photogs again? or just you two?

Jay: Just us. She came accessorized and ready to shoot. She was a little late for the shoot but it was ok. We shot full implied only one session.

GMM: How did other shoots go?

Jay: She made it clear to me she’s not a model and she was doing it for fun. The second shoot went fine, I had a MUA there and we did a “Fierce” themed shoot.

Jay: Then she set up a few follow up shoots and never showed, never contacted me. We were estranged from each other for a while, then I started to shoot a mutual friend and she came back wanting to shoot.

Jay: There was a few with the mutual friend and some failed ones. After that, I had had enough and moved on. She contacted me and wanted to be a model at an outdoor workshop I had. This was July 2011.

GMM: Was this the last time you saw her?

Jay: Yes, it was. She had told me she wasn’t a model and she did it for fun. She had done a few shoots with a few other photographers but nothing serious.

Jay: I actually talked to her for the first time in two almost three years, a few weeks ago. We agree to disagree on our past. These things happen in this business.

GMM: Well we’re glad to have the photos as a reminder of the parts you can agree on!