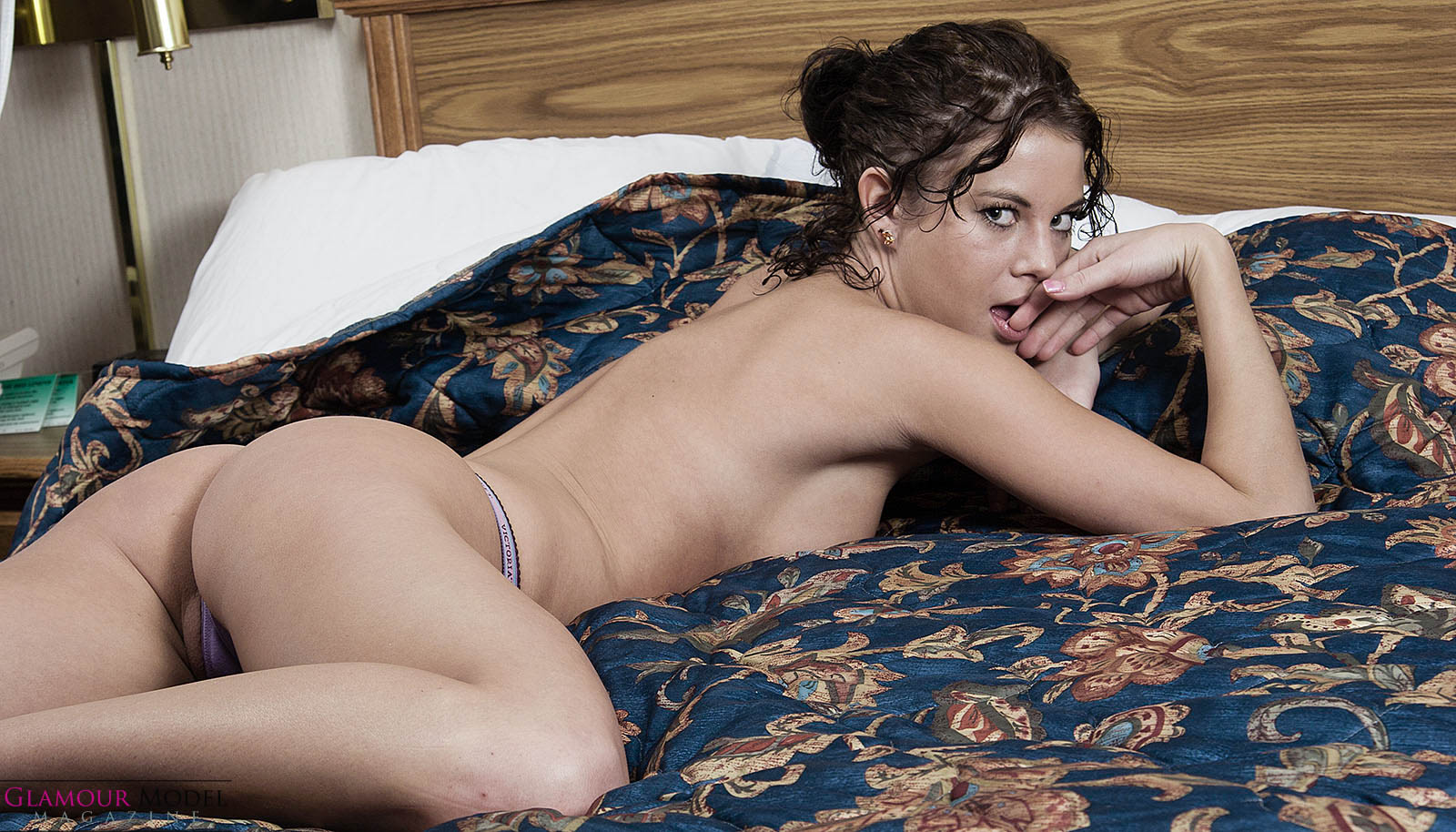 Senior Editor Jay Kilgore and Jodi Preston shot way back in November 2005! They had met on a modeling portfolio site and decided to work together. The problem they had was Jodi lived about 60 miles North and Jay wasn’t familiar with Colorado to make the drive. Eventually, after talking and getting a good feel for her, Jay made a day of it and drove up to Fort Collins, CO to shoot Jodi. After a long day of shooting, Jodi was the last person to come in and shoot:

I didn’t expect Jodi to show up. Not sure why? But I didn’t. She showed up on time and we shot. She brought a boy she was dating with. I always hate when significant others come to shoots but he was actually cool! She was driving a bug and wouldn’t let him drive. I let him take some photos and there was an angle that she was standing that left her nipple exposed. I didn’t notice until I got home but he had zoomed in on her nipple. Pretty funny!

Jodi and Jay agreed to shoot again and being she saw all the images, nipple photos included, Jodi agreed to shoot full topless. Jodi was going to be in the Denver Tech Center (DTC) area and wanted to stop by. Jay agreed and they shot:

They only had an hour or so to shoot but they got quite a lot of photos! As usual, they both had a good time shooting and capitalized on their shoot time:

Soon after that shoot, Jodi announced she was moving back to Bozeman, MT and that she would have to be flown back to Colorado. She had some time she was free and wanted to shoot

Jodi and I were having a good time shooting and all was well. Out of the blue, she said she was moving back to Bozeman, MT and I would have to fly her back to shoot. To this day I am unsure why I agreed to everything lol, but we had one shoot and I purchased a plane ticket for her

After the last shoot, Jay purchased a plane ticket and Jodi was coming back to shoot. Jodi contacted Jay two days prior and said she didn’t want to shoot but it was her brothers birthday party and she wanted him to keep the plane ticket in place and she would pay him back later. He refused, she relented and a fight soon erupted:

So Jodi decided she didn’t want to shoot anymore because she got back together with her boyfriend, Connor. He forbid her to shoot so she respected his wishes. I was good with that! But I wasn’t going to pay for her to come out here and see everyone except me! I told her she would have to get her own way and was refunded by American Airlines. She was angry with me. Shortly thereafter she began sending me emails of a legal nature. Not one to fall for those types of emails, I advised her everything was on the up and up and I was properly protected. She gave up and I’ve not seen nor heard from her since.

Sadly, the above shoot is the last shoot of her. GMM has tried to reach  out to her for a status update but all requests have not been returned. All we have is this short, short video and the photos so enjoy!