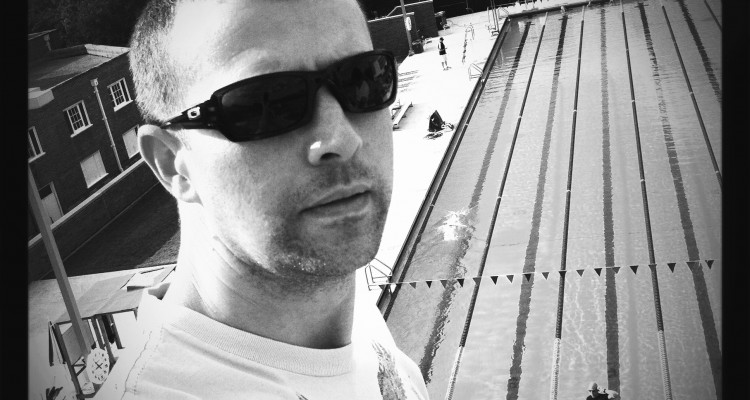 We are excited to announce Dallas/Ft. Worth glamour specialist and newest Staff Photographer Studio Zinc! Having worked the Pacific Northwest and West Coast, Dallas is home and where you can find Studio Zinc working his magic! With a great response to those who are seeking out tips on how to become a professional photographer, this technique sharing easily bored pro has quite the read. Let’s take a moment and get to know Studio Zinc:

GMM: How long have you been a photographer?
Studio Zinc: Ive been shooting professionally for 13 years..

GMM:: How did you get your start?
Studio Zinc: I started out in Rural Washington State shooting Portraits & Weddings, I moved to SoCal in 2007 & focused on Advertising, Model Agency portfolios, Editorial & Commercial projects. I moved to Texas in 2011 and started the Studio Zinc brand a year ago.

GMM: Do you like to keep your techniques a secret or do you like to share with others?
Studio Zinc:I’m happy to share & help others along and appreciate those that ask questions & are looking to learn more.

GMM: Who would you love to shoot?
Studio Zinc: I really don’t care too much about shooting particular people, places or things, I’m more interested in the publication or landing a great gig, a couple of publications I would love to shoot for would be Treats, I have actually shot an editorial that was intended for Bambi Magazine, but they did not published it, I do however plan to shoot for them again, and who wouldn’t like to shoot for Playboy, though I would prefer to shoot for one of the International versions.

Studio Zinc: I don’t generally seek out famous models, but by chance I’ve shot with Cristy Nicole, Nicole Vaunt, also Dakota Shannon & Samantha Leon who were both recently in Playboy.

GMM: What makes you different from the other photographers?
Studio Zinc: I have never worried or cared much about having my own style, I prefer natural & unposed looks that have good energy and express something rather than rigid & traditional poses. I direct models in a very intuitive & natural way & try to bring out their personality, which is usually a very different experience then they have ever had before, often models will comment they learned more about modeling with me in 30 minutes than in the last 5 years, I’m very confident about what I do & my skills but I’m always looking for improvement in myself & how my work could be better. I get bored easily shooting the same things, so I’m always shooting something different & in a different way. I generally don’t care about talking about gear, its all just tools to me, whatever gets the job done. I’m always in the models corner and always root for an underdog.

Studio Zinc: Koray Birand, and I also love the styling by Hakan Oztürk, I also like Szymon Brodziak.

Studio Zinc: I currently shoot full time, and have been doing so for the last few years, my goal is to continue making a living from Photo & Cinema and look forward to International projects.

GMM: What traits do you look for in a model?

Studio Zinc: I look for good energy, and good movement, Also to be able to express themselves well, or at least be taught how to. I also like discovering new models and helping launch their career as a model

GMM: What is your Favorite Lighting Gear?
Studio Zinc: I use Alien Bees and have for years, they are cheap, lightweight and do what I need them to do. And Lowel hot lights for Video. Whatever is cheap & works.

GMM: Mac or PC?
Studio Zinc: Mac, though since the switch to Lion I’m an annoyed Mac user; sick of updates & annoying changes

GMM: Do you have a favorite location to shoot?
Studio Zinc: Wherever most photographers have not. I prefer on location, its more challenging & interesting.

GMM: Do you bring Hairstylist and Make up artist to your shoots?
Studio Zinc: I have a number of excellent makeup artists & hair stylists as well as wardrobe stylists, and use them as needed or if necessary and if there is a budget for it.

GMM:Do models try to play you for gimmees? If so, does it work?
Studio Zinc: I’m not sure what that is 🙂

GMM: Do you find it challenging to be around such beautiful models?
Studio Zinc: Not at all, its all just business to me. I like the company of creatives, models, makeup artists, stylists, designers.

GMM: Do you use model mayhem?
Studio Zinc: Now & then, more when I lived in SoCal, but not so much in Texas, it doesn’t seem to have the traffic from models here as it does on the West Coast. I’m looking forward to the release of Model Revolt.

Studio Zinc: Its easy to use & immediate, what do I hate.. hmm.. you forget how small your Facebook world really is and how few people you have access to comparatively to the real world outside of Facebook.

Studio Zinc: The profession has become mundane and skill as well as professionalism isn’t what it once was. Everyone is a photographer; anyone can push a button.

Studio Zinc: I hired a wardrobe stylist when i first started shooting agency models, and she did very little, so I was quite annoyed that I had paid her for having done basically nothing. Generally I work with & attract the best people and deal with very little drama, I’ve always been that way. I’m pretty selective about who I work with & promote, thus I have very few problems & no shows. I have no problem with people who don’t like me, think I’m arrogant, etc., that just eliminates them from the people I want to work with

Studio Zinc: If they can create a fan base & following I believe it is possible, I believe there are now more opportunities than ever for models with new markets such as Alternative, Fetish, Lifestyle, etc.

Studio Zinc: Most people who ask about becoming a photographer i tell them don’t, and if they insist I tell them to get a marketing degree.