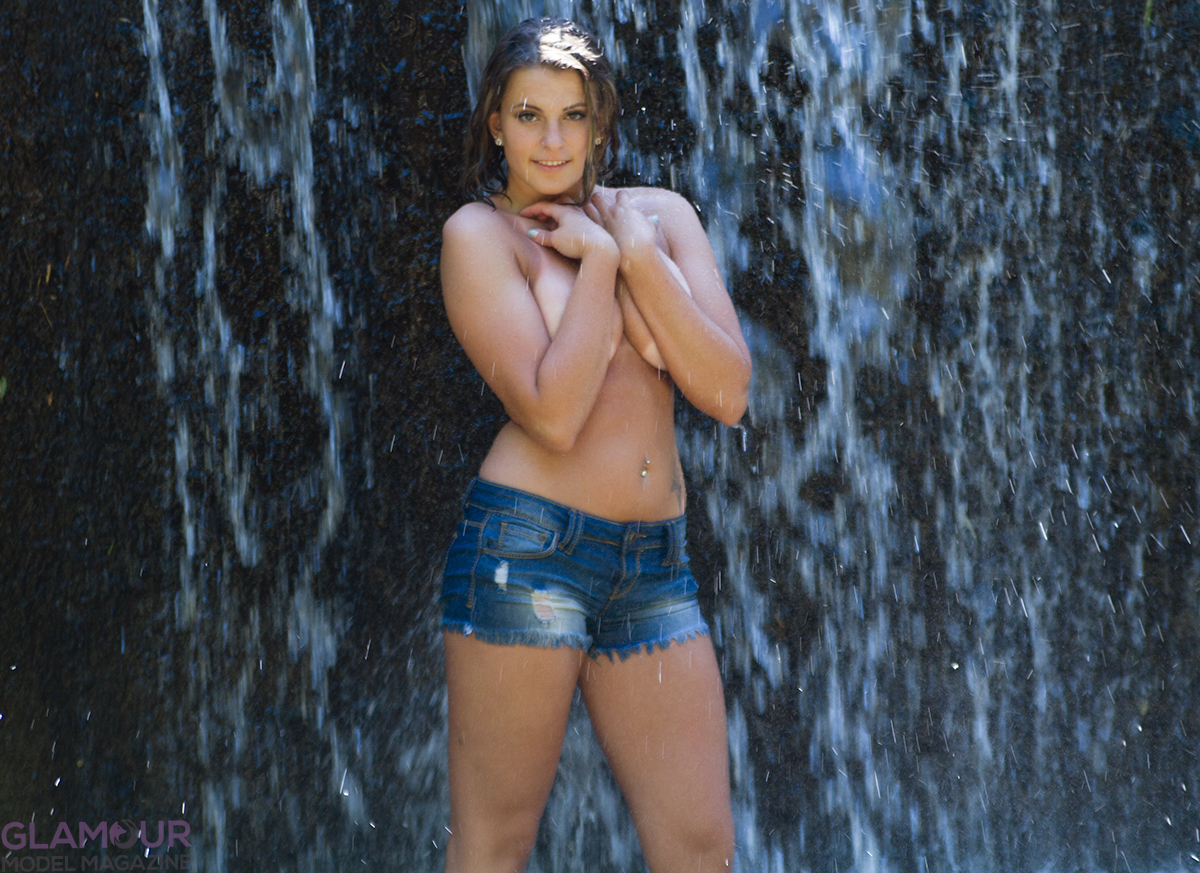 Zoe Epshtein is a Denver, CO native and shot by GMM Senior Photographer, Jay Kilgore. They shot in 2013 and got some hot photos and video you saw last week. We had a chance to get some images from Jay and ask him a few questions about her. Let’s find out more about Zoe E.

GMM: Jay, how did you meet Zoe?

Jay: She saw some photos I took of Ryan and wanted to shoot too. She was obsessed with shooting with Ryan, much like many girls were.

GMM: She came in and shot and…?

Jay: Yes, we spoke about shooting and she was 18 almost 19. She was very adamant that the most she would do is shoot implied topless and being she had a glamour body, I could respect that. I could work with in those confines.

Jay: Went great! However, I thought it was funny cause we shot at the waterfall I like. On the second set I suggested we shoot our second round of implied, I adjusted my camera, turned around and she was topless with a grin. I told her she could cover up and she never did! So we shot topless 20 minutes after the first frame was shot!

GMM: So she wanted to shoot topless, just needed to feel comfortable?

Jay: Very typical shoot. Most girls are OK shooting more than they admit to. Just have to feel the photographer out. I make sure we all agree to everything before hand so when shoot time comes, there’s no confusion. She whipped off her top and never looked back!

GMM: What’s the story of her falling?

Jay: Haha yes! We had moved to another location and she was on a rocky hill higher than me. She had told me prior she had balance issues and that she was most likely going to fall. While she was changed and navigating the rocks, I heard a huge fall and “Oh Sh@#!” and knew she had fallen. Not wanting to bring any embarrassment to her, I waited for her to tell me. I knew she was OK because she popped up and ran down the hill.

GMM: Did she tell you?

GMM: Glad she was OK. Next shoots?

Jay: We only had three shoots after that. Each one were glamour nudes. She got real comfortable and was open to more.

Jay: Me too! I spoke to her about a year ago, nothing major. I’m not entirely sure what she’s up to now but wish her the best!