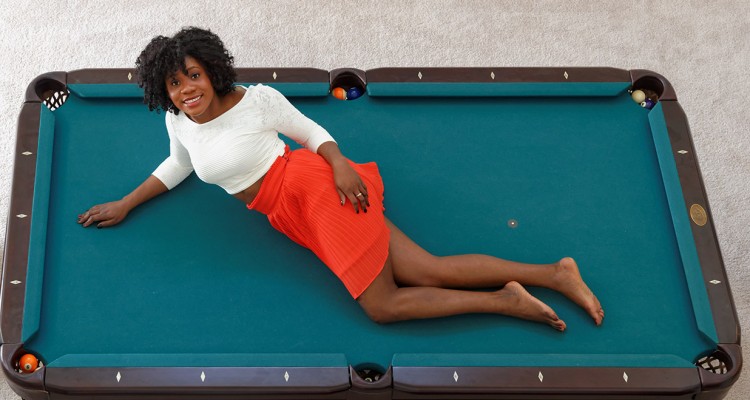 We’ve been keeping Staffer Roger busy with shoots and articles as of late! he’s been fitting the bill for sure! Today we bring you Ms. Shawntelle of Senegal! That’s right, Senegal’s own Shawntelle turned the heat up in Vegas and gave us some super sexy images! Let’s take a moment to get to know this dancing beauty with the perfect butt and amazing teeth!

Shawntelle: My butt and teeth.

Shawntelle: I saw a post on Facebook from a photographer and I responded, came to Vegas and he took photos of me!

Shawntelle: The time when my wig fell off

Shawntelle: To appear in Glamour Magazines..

Shawntelle: Dancing before I can remember I was competing in various dance competitions. I do enjoy dancing in my free time. In my free time, I dance at a strip club.

Shawntelle: Shaving, putting on makeup as what the job requirements would be. Pack everyting I will need for the job.

Shawntelle: Be yourself! But choose a good photographer!

Shawntelle: The memory I would take with me is the way taking pictures makes me feel. I love the camera and the camera loves me.